30 years already since I arrived in the US for a year-long exchange program!
1987 was also the year photography became really important for me.

I had dreamed of this opportunity for years, and worked very hard to make it happen.
The New York City skyline at night was one of the first things I saw after landing, as a bus was driving me and the other 9 selected French students to our campus in Philadelphia (stay tuned for an upcoming postcard series…)

I was in awe, and the jet lag made the experience feel even more eerie. To me, Manhattan looked like a magic island floating in space. A few weeks after arriving, I seized the opportunity of an extended weekend to go visit the city with some friends. I also went again a few months later.

The Staten Island ferry is in my opinion the best (and most budget friendly!) way to get a fist “grasp” of Manhattan. Although obviously almost everything changed, it also gave me a hint of what immigrants arriving by sea may have felt. I took the ferry several times, enjoying the amazing view change as the sun started dipping. 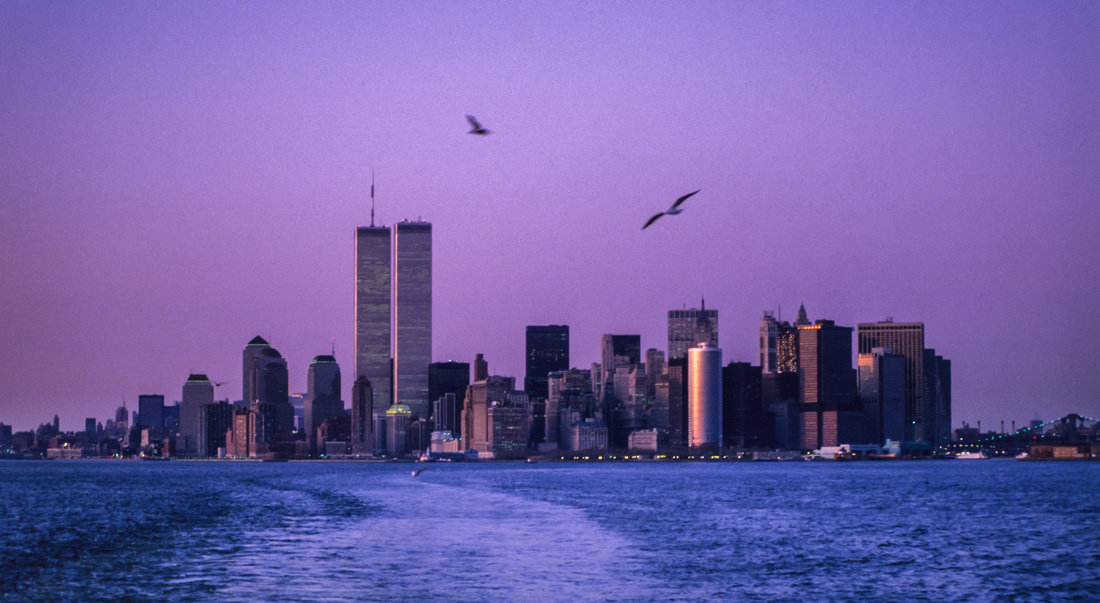 The ride also gave me the chance to see iconic sights in unusual settings - and in some amazing light. 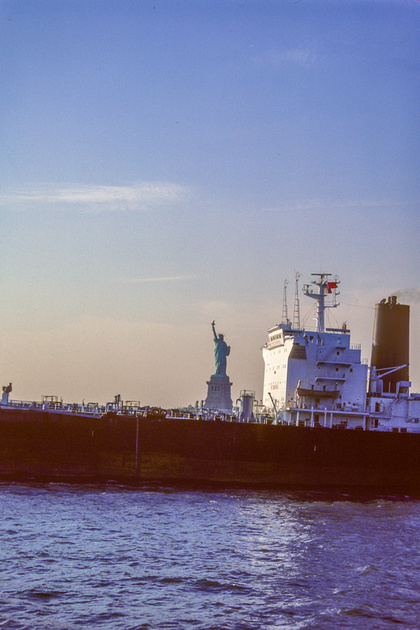 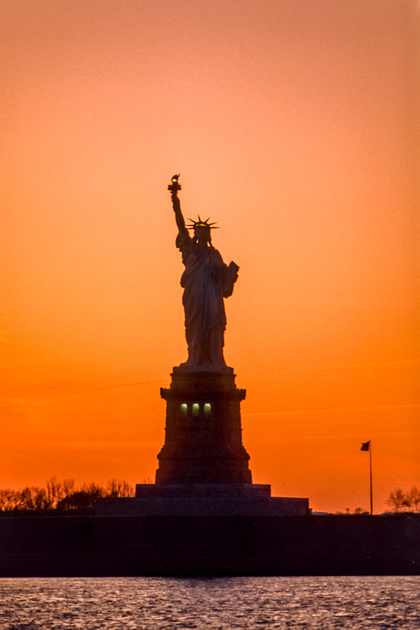 Verticality is the defining dimension in Manhattan... 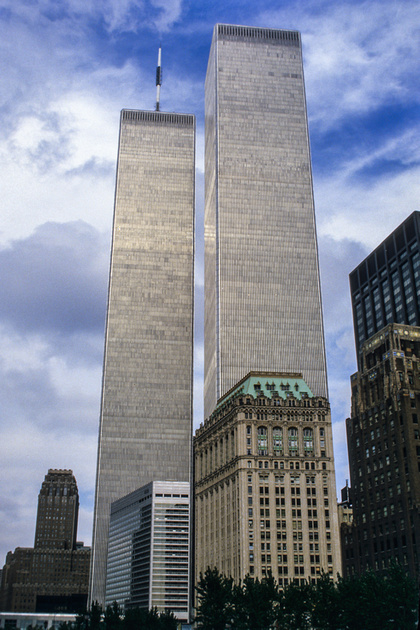 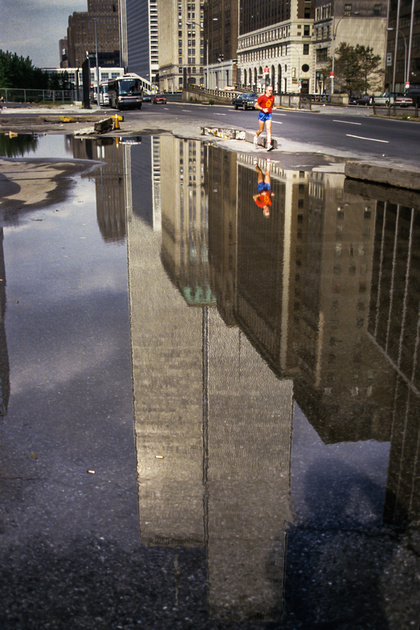 ... and it gave me the opportunity to make one of my first street portraits - and still one of my favorites to date.

In this world, the surreal is in range... and Rodin's Balzac seems a bit lost! 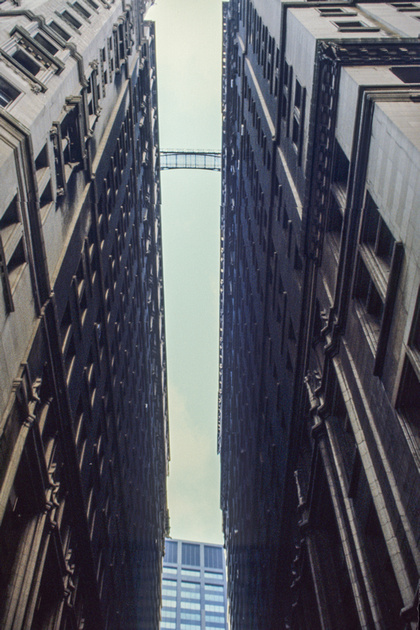 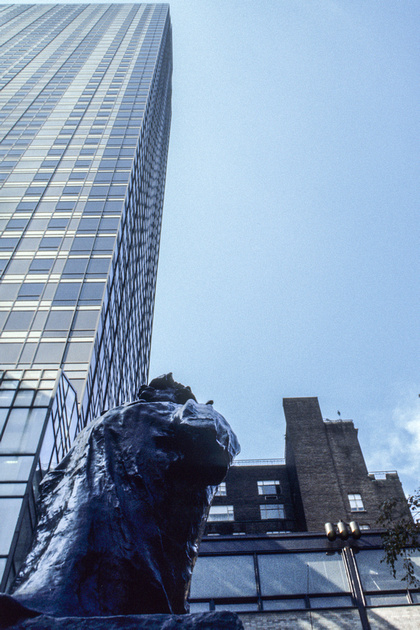 Up close and looking down, vertigo isn't far... 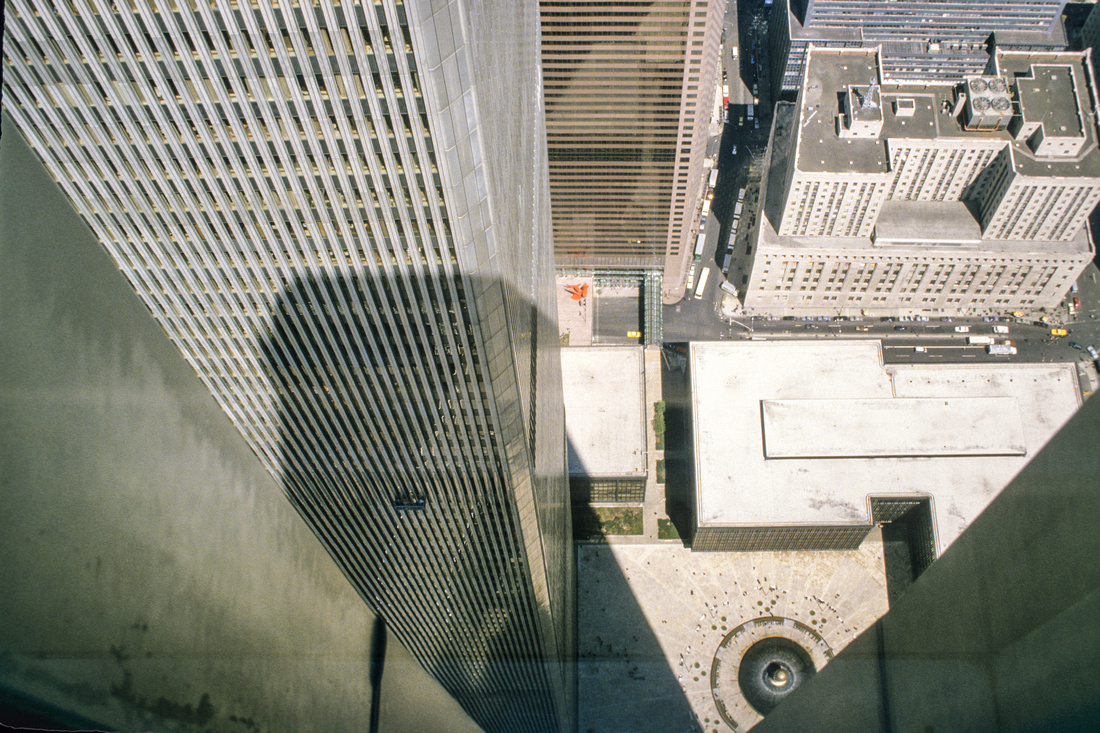 ... and the sweeping views are breathtaking, whether looking South... 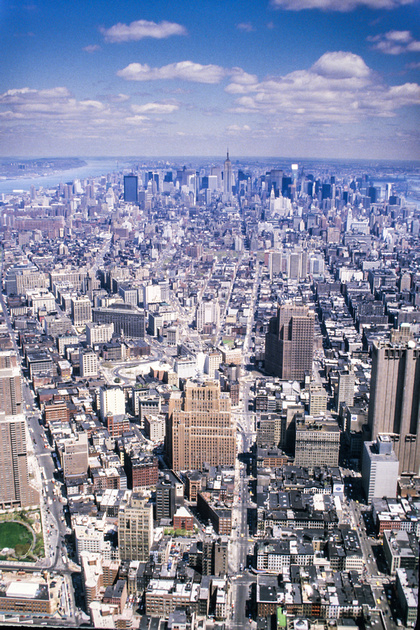 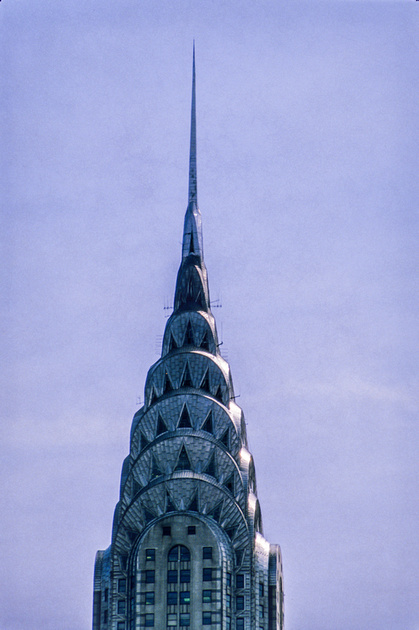 For me, the striking Art Deco Chrysler building is a great illustration of the daring core of the city.

The first day I was on Wall Street (October 19th, 1987), as I was reflecting on how much power is wielded there, I wondered why so many TV trucks were parked all around... It's only when I got back to Philly that I learnt that on that day, the most famous stock exchange in the world had one of its worst ever crashes. It went down in history as "Black Monday"... Traders grabbing a bite for lunch in the nearby park/cemetery were probably also more nervous than usual. 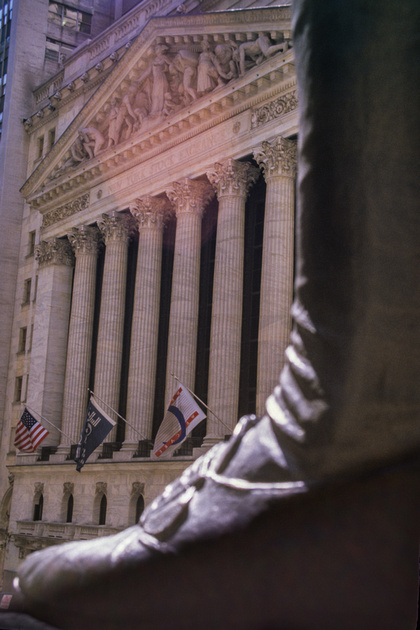 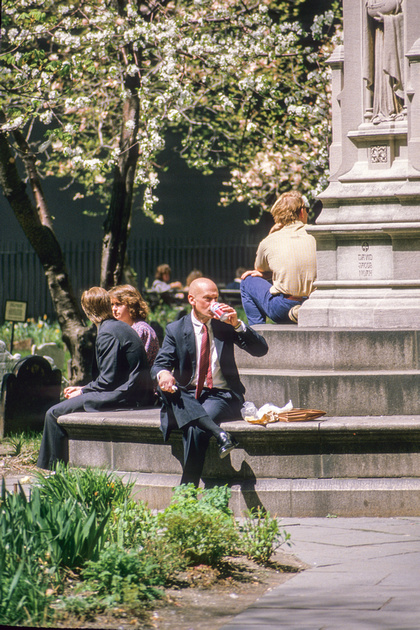 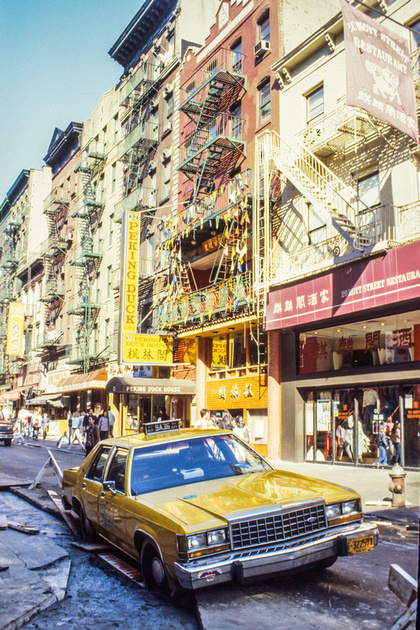 While a few scenes and some occasional buildings somewhat reminded me of Europe... 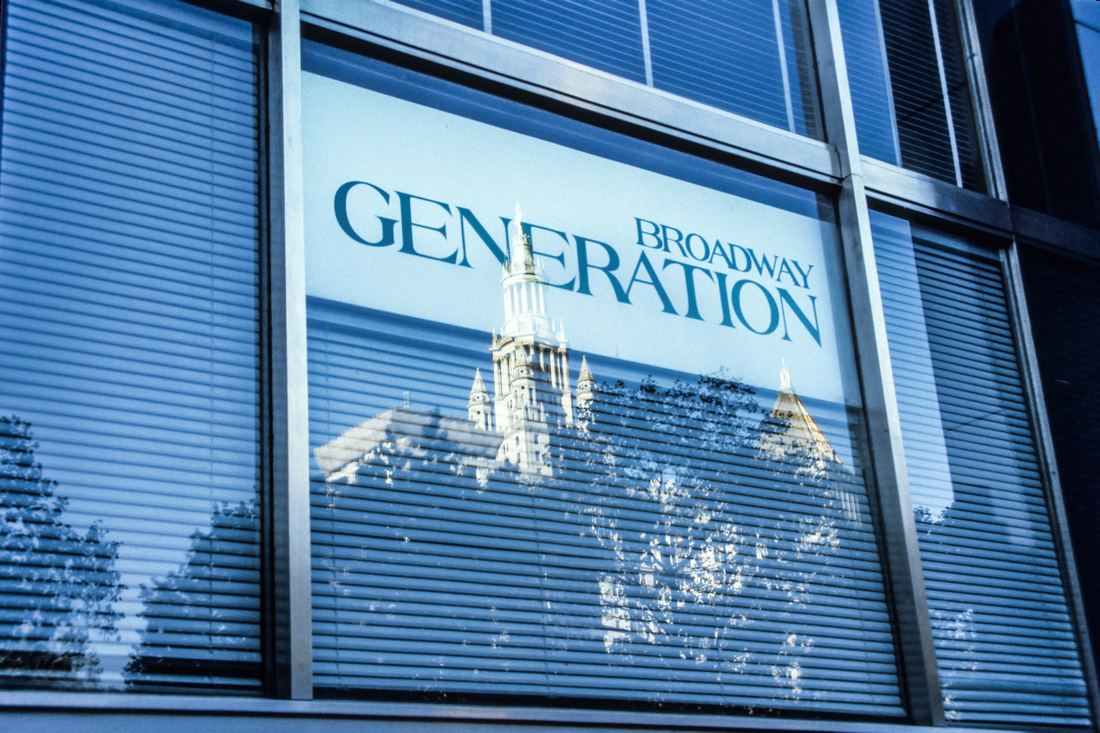 ... I was generally in culture shock. New York lives 24/7 - and its intensity is felt throughout its varied neighborhoods. 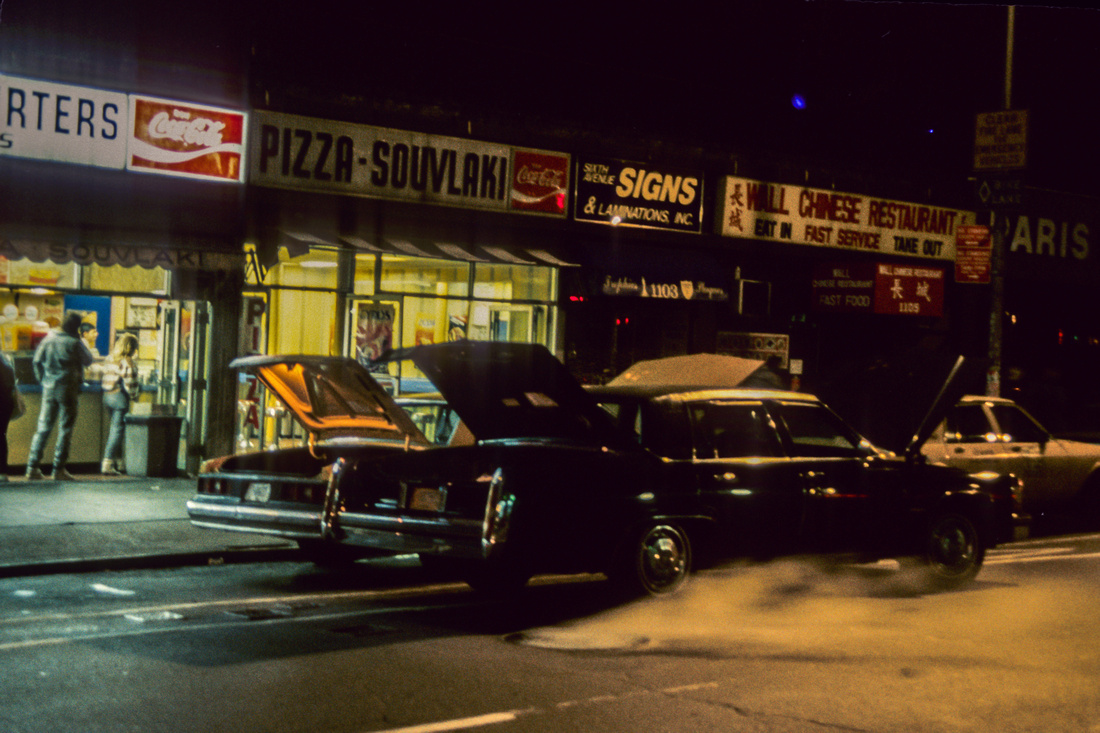 As usual, I found the people most fascinating, as they forcefully expressed their believes... or just stood in a daydreaming awe. 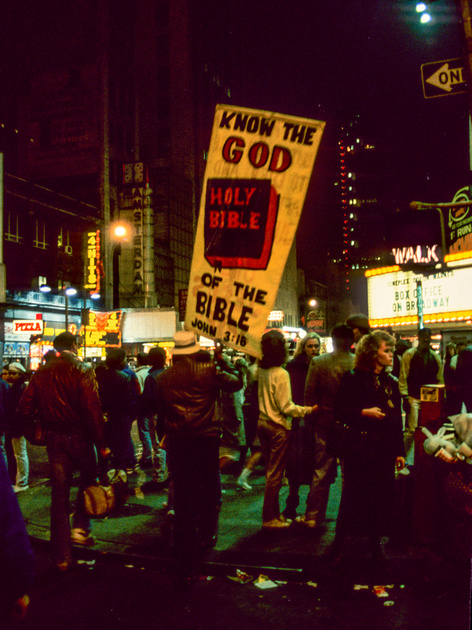 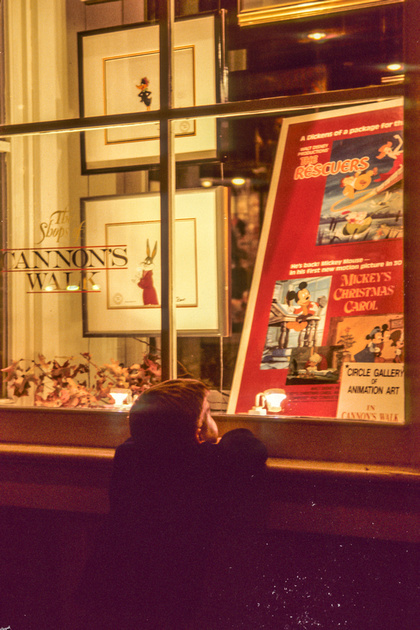 Some of the Time Square boards looked like they were straight from a dystopian future - Blade Runner definitely echoed. 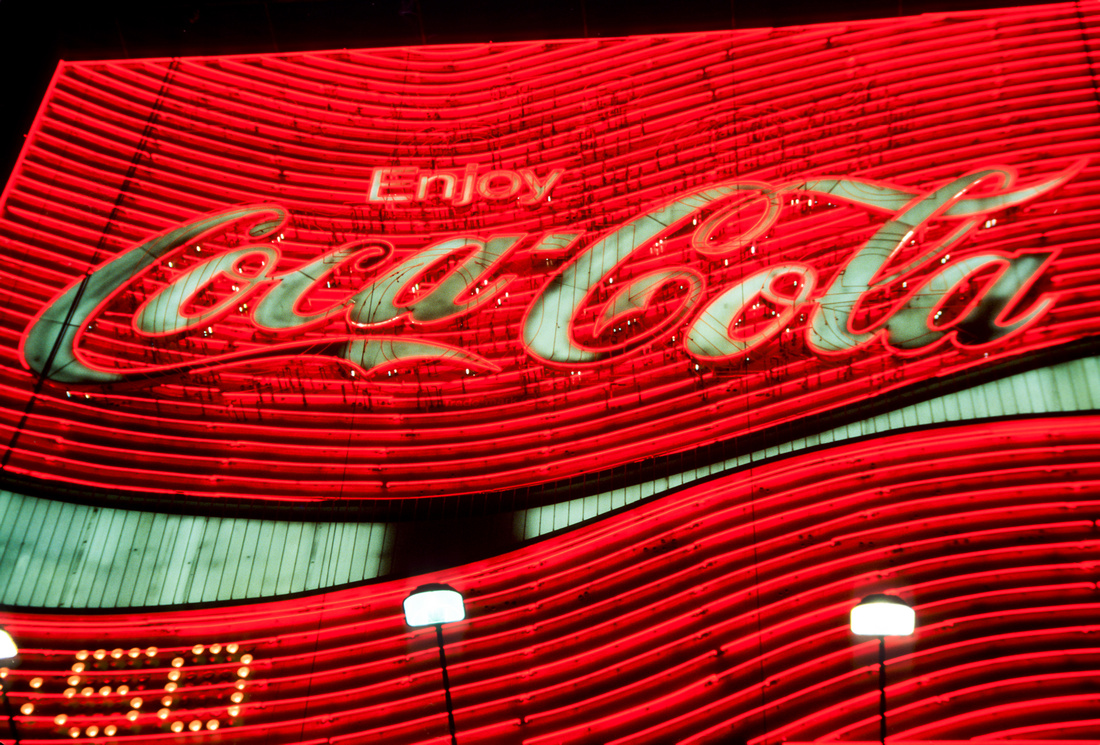 I indulged in a couple portraits, taken by my friend Henri - same place, different day and time: 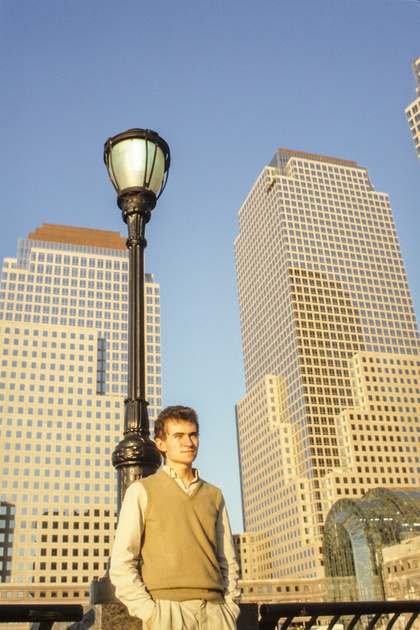 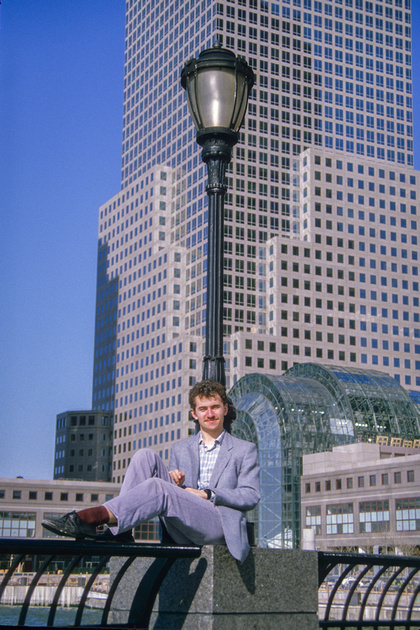 The Greek Orthodox Saint Nicholas church, located right next to the World Trade Center towers, got completely destroyed on 9/11/2001 when the South Tower collapsed. Retrospectively, the picture I took is quite ominous, looking like a tombstone against the towers, but with sunbursts of hope still cutting through... 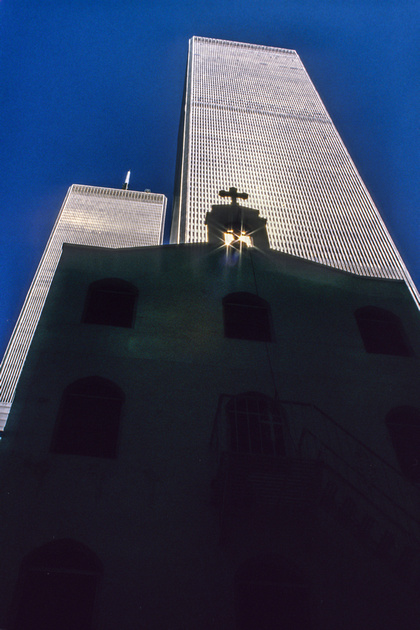 It is being rebuilt as a church and national shrine.